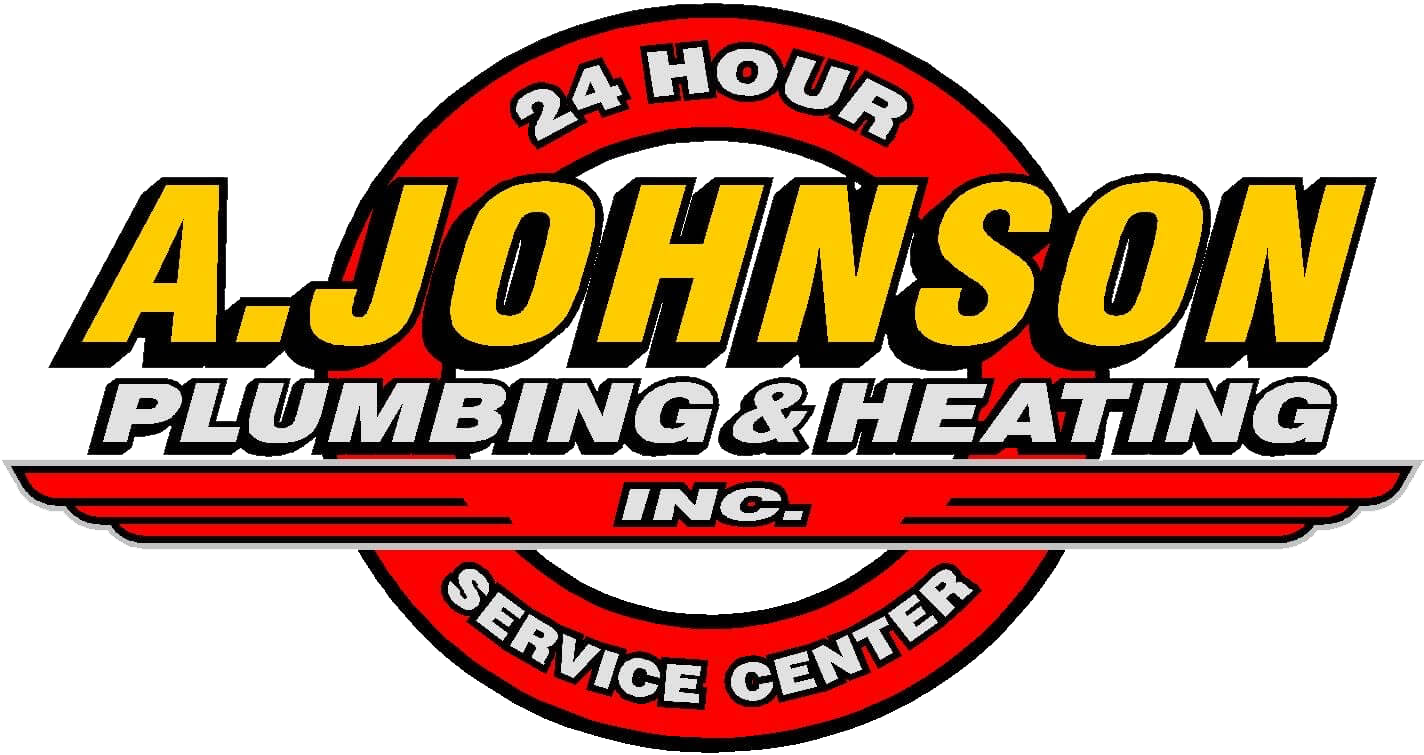 Sump pumps are employed to help prevent basement flooding. The protection they offer is especially important in finished basements containing recreation rooms, offices, and bedrooms. As the water table rises and falls through the seasons, the pump collects excess water and moves it away from your home's foundation. A variety of pumps and sizes are available including water-powered and battery-powered backup models for use in areas prone to power outages. We'll be happy to evaluate your needs and help you select the correct sump pump for your home.

The sump pump has recently become more important especially in newer homes since the Federal Clean Water Act no longer allows builders in many municipalities to drain rainwater collected by gutters into sewerage systems. Water collected on the roof of your home and drained by your gutters can cause flooding if it is not carried far enough away from your foundation.

It is important to check your sump pump regularly to make sure that it is in proper working condition.

Remove the cover and slowly pour water into the sump tank. Watch for the "float" to rise and trigger the pump. Once the pump is engaged, the water level will quickly lower and the float will shut off the pump. This is what is called "a normal sump cycle".

Most problems with the sump pump are float-related. Learn about the importance of backup sump pumps and having a reliable sump pump backup system.

Many of us take for granted that we have a sump pump and that it works effectively. Some of us don't even know what a sump pump looks like, but when a water problem arises in our home, we soon realize its importance. Although sump pumps have a lifespan of 5 to 7 years, they may fail unexpectedly for various reasons.

One of the most common causes of sump pump failure is an electrical power outage. To safeguard yourself from this potential situation, it is wise to have a backup generator that can be manually activated. This measure alone, however, is not a guarantee against sump pump problems. It is also possible that your primary pump can mechanically fail and a generator cannot help in this situation.

Choosing the correct size for your home will ensure maximum life expectancy for your sump pump.

Installing a sump pump must be done right. It is of utmost importance that the manufacturer's instructions be carefully followed for the installation in order to avoid severe water damage down the road. The sump pump pit should not be set in dirt or gravel as this can cause debris to enter your pump. Debris can result in interference with the pump's on/off switch or the float arm

The most common function of a sump pump is to protect a basement from flooding. The pump is activated when water reaches a certain level in the sump tank and pumps out the excess water.

The diaphragm switch is a popular type for professionals and is also the most expensive. The entire sump pump is immersed underwater and on it is a membrane that is sensitive to water pressure. As the water level rises, the water pressure increases and the diaphragm becomes concave, thereby activating the switch to turn on the sump pump. When the water level drops, the switch turns off. Since there is no float, there is nothing to get stuck, which is a common problem with other types of sump pumps.

This type of switch is recommended because it is not as expensive as the diaphragm switch and it is superior to the tethered float. The float is a ball that floats above the water. As the water level rises so does the float which, at some point, will trigger the switch to turn on the pump. This float has limited movement up and down a vertical rod thereby giving it less freedom of movement and less of a chance to get stuck as the tethered float does for example. Vertical float switches are often of better quality than tethered floats and usually carry a longer warrantee.

The tethered float is the most common and is used for pedestal sump pumps. The float hangs from the pump and floats on the water. As the water rises, so does the float and the switch is triggered. Common problems related to the tethered float include the float accumulating grime and causing it to lose buoyancy and even sink. Another common problem is that the float gets stuck to the inner wall or pump and as a result, when the water rises in the sump tank, the float may stay submerged and fail to activate the pump. Pedestal sump pumps have the added advantage of having the electrical unit above the water level. Other types are submerged and involve more risk of electrical accidents.

There is a fourth type of switch that can be used. It is electric and has no actual float. Instead, a probe wire is placed to sense the presence of water and is activated when it becomes submerged by rising water. A second probe wire can also be placed at a higher level to set off an alarm switch or another backup pump. This particular switch can be used in many types of applications.

There are two types of backup sump pumps, one that runs on a rechargeable 12 Volt battery and one that is hooked up to your house's water system and operates with water pressure.

Backup System Can Protect your Home in a Power Outage

When a powerful storm passes through cities and towns, very often it takes with it the entire neighborhood's power supply. In the event of a power outage, people are left with no light, no heat and no running water; but a home is also left with a disabled sump pump. A sump pump is your home's first line of defense against groundwater that could potentially enter your home and cause destruction. To ensure that your home is not left vulnerable after a loss of power, install a reliable backup system for your sump pump that will allow it to continue working. Read on for more information about the benefits of generators and battery-powered backup systems.

A battery-operated backup sump pump system looks a lot like an oversized car battery. When the power is on in the house, a battery system will automatically charge itself. The backup pump is activated by a sensor that is located slightly higher than the one for the main pump. In the event of an emergency, when water rises above the level of the backup sensor, the backup system uses its DC power to turn itself on. Depending on the particular model of the battery-powered backup system, there is generally enough power to keep your sump pump working for several hours. The batteries come in two different styles: sealed and unsealed. A sealed battery is considered maintenance-free and usually supplies power for 3 to 3 1/2 hours. An unsealed battery has ports that you can open in order to check the level of the fluid and add distilled water as you see fit. Typically, an unsealed battery will last for about 7 hours.

When buying a generator, it is crucial that you choose one that has enough power to actually run a sump pump in the case of an emergency. For example, a small sump pump requires 800 - 1000 watts with a surge to 1200 - 1800 watts. All generators have a maximum and rated output. The maximum output should never be sustained for more than 25 to 30 minutes at a time. Most generators are gasoline-powered, a few run on diesel, and some models have multi-fuel capabilities - running on gasoline, propane or natural gas. These are generally full-featured machines with engine idle control, GFCI receptacles, and 120 Volt full power switch.

The Necessity for a Sump Pump Backup

Unfortunately, problems do arise with sump pumps and when your sump pump stops working, your home becomes vulnerable to water damage. Once your sump pump has been installed, do not assume that it will always effectively do its job. You would be wise to install a reliable sump pump backup, as well as routinely check on your pump during bad weather and every few months.

Floods can surprise any homeowner at any time. This unexpected act of nature can cause severe damage to property along with huge headaches for the ill-prepared. Your first line of defense should be a sump pump. And if just installing a sump pump is not quite enough protection, equip them with modern technology that can handle any type of flood problem. Let's explore how a handful of sump pump accessories can help protect you in ways that were inconceivable a few decades ago.

Flood Free Electronic Level Control Pumps monitor and control the water level, thanks to an electronic float switch. A Floodfree pump switch can be adapted to any manual sump pump for automatic operation. There are no floats; only probe wires are in use. A Floodfree Switch eliminates pump damage caused by defective float or diaphragm controls, and will not be affected by floating debris. The most common cause of basement flooding is attributable to float control failure. Floats can get stuck, float switches can fail, and rubber can get stiff and dry rotted, all of which can prevent proper functioning of a sump pump. A Floodfree switch lets you determine the amount of water to let into the sump (high water level) as well as the amount of water to let out (low level).

Dual float means dual protection from float switch failure. Industrial strength electronics means an extended life span compared to ordinary float switches. The controller monitors pump and power conditions, and will sound an alarm should a problem arise. It begins the pumping cycle when either of the floats rises by 1/4", and runs the pump an additional 10 seconds after the float returns to its original position. When a warning signal sounds, a light will appear on the front panel of the controller indicating the nature of the problem detected. A light will blink continuously to assure you that the controller is functioning properly. A light will also remind you when the battery is low or when to turn the slide switch back to the ON position. The Dual Float Level Switch deluxe will also sound an alarm when the float has been raised for 10 consecutive minutes. This would indicate a potential pump or plumbing problem. A remote terminal provides a connection to a home security system or remote dialer.

The PumpGuard eliminates the threat of flooding caused by a faulty pump switch. This innovative pump protection system features an alarm override circuit and switch that will sound an alarm as well as override your primary pump switch and run your pump in the event of switch failure. The PumpGuard is designed to be used with a fully automatic 115V sump or sewage pump using a two-cord piggyback switch system. The PumpGuard can be combined with an optional dialer for remote alert and an optional battery back-up system for a more secure flood protection.